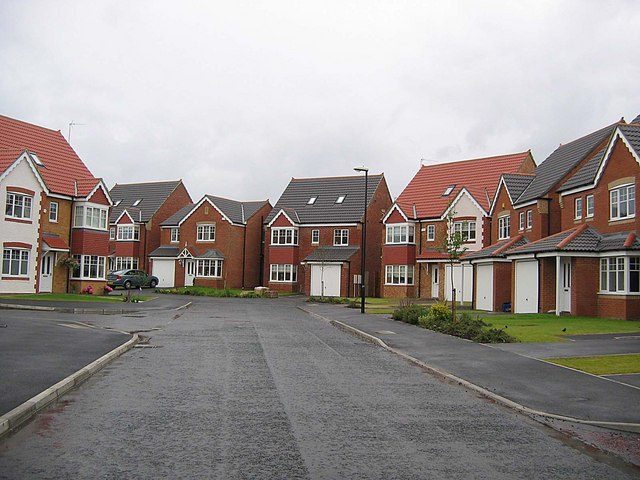 Councils across north Wales should have the right to think again about allocating greenfield sites for thousands of new houses, according to Plaid Cymru’s North Wales AM Llyr Gruffydd.

He says new guidelines from the Welsh Government, which drastically reduce the amount of new housing expected for councils in north Wales over the next 20 years, show how badly they've got it wrong in the past.

The new regional guidelines published recently now expect housing need in the six councils across the North to grow far more slowly between now and 2037/8 than previously stated. The report states:

So as few as 400 a year could be required across north Wales compared to 517 currently expected in just Wrexham under its current draft Local Development Plan.

In 2011, the Welsh Government was insisting that councils plan for an extra 174,000 homes throughout Wales. In some parts of Wales - notably Cardiff and Wrexham - this would have meant a 37% and 22.5% rise respectively.

Wrexham's expected number of households was forecast to climb from 57,000 to 70,000 by 2039. By 2014, there was an acknowledgement that this figure was way too high and revised projections expected 67,000 houses in the borough, still an average of more than 500 new households a year over the next 20 years.

The new projections are only on a regional basis but they indicate a substantial drop in the expected average building levels across the six counties in the North.

Llyr Gruffydd, Plaid Cymru’s North Wales AM, has questioned these population projections ever since he was elected in 2011 and has organised public meetings to challenge the need to build on greenfield sites to meet the stated demand.

He is also Plaid Cymru’s shadow planning minister and said:

“Over the past decade, councils across the North have been pressured into adopting Local Development Plans based on high levels of growth and the consequent need to allocate land for thousands of new homes. Our contention has always been that these projections are based on a flawed analysis that depends too much on past growth rather than predicting future growth and specific local circumstances. “There is case to say ‘rip it up and start again’ because the LDPs are based on over-estimates of housing need. That would create a lot of additional work for hard-pressed councils but we need to look at de-allocating greenfield sites for housing before it’s too late.

“As we prepare for a National Development Framework for the whole of Wales, it’s vital that we take a bottom-up approach to community development rather than impose more unwanted and unrealistic targets on our local authorities. Part of the disconnect people feel with their national and local government is that developers rule the roost rather than communities. We have to redress that balance so that communities develop far more organically and provide the services, infrastructure and housing needed for the future.”